The holiday home, Casa oliveira, is on our small organic farm where we enjoy a peaceful lifestyle. We live in the middle of a rural valley full of cork oaks, olive groves, fields and vegetable gardens surrounded by vines. These days we grow our organic fruit and vegetables mainly for our own use. We keep a number of free-range chickens and ducks that always give us delicious fresh eggs. The old hay barn has been converted into a holiday home and is now a perfect retreat for a relaxing stay. We are far away from the hustle and bustle of tourism, and yet everything is close by.

Our organic farm is located between Sagres and Lagos and is a stone’s throw from the famous Parque Natural da Costa Vicentina nature reserve.

It is a spectacular land- and seascape with beautiful beaches, cliffs, and special vegetation. There are several walking books featuring the Algarve Nature Reserves. There is a variety of large and small beaches within 10 to 30 minutes’ drive away. Nature lovers will enjoy the tranquility and natural beauty of the area. 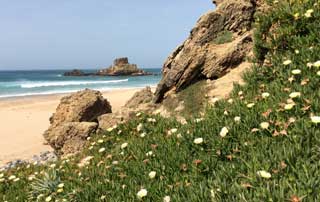 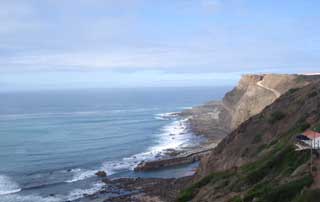 Many wild flowers grow on and around our organic farm, including various types of wild orchids, lupins, Irises and gladiolus. In the extreme southwest of the Iberian Peninsula, goats may just fill their bellies with rare plants such as the Orchis sp. Every spring it is a pleasure to see all the beautiful wild flowers bloom. We adjust our farming activities to give space to nature. 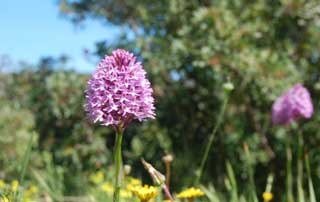 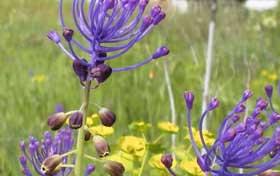 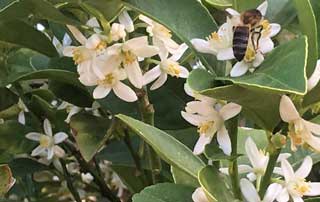 Fauna in the Western Part of the Algarve

We have many special birds that nest on our organic farm, for example the nightingale, the hoopo, different species of woodpeckers, the oriole and the cuckoo. For birdwatchers there is a lot to spot here such as vultures, eagles and owls. But also in the field of butterflies and amphibians you can find special species in our unique microclimate. 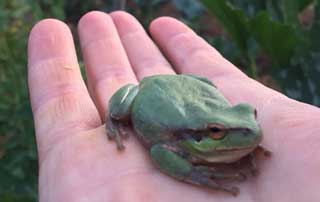 Culture at the End of the World

Between Villa do Bispo and Sagres lie the remains of an enormous prehistoric stone circle. But not much is known about it’s origen. There is a “compass rose” in the
fortress of Sagres, but it is not clear exactly how it works. Much more is known about the Roman ruins in Praia da Luz, which can be visited. The chapel of Guadalupe can also be visited, but the black Madonna has been removed from there and is now placed in a museum. The history of the medieval castle in Silves is well documented. Both the city and this monument are worth a visit.

We always go to the farmer’s market in Lagos. You can buy fresh fish in every village, but the fish market on the Avenida in Lagos has the biggest choice. Every summer there are the Santos Populares, the holy festivals, with its processions, craft markets, good food, traditional music and dance.

There is also the Fado, of course. 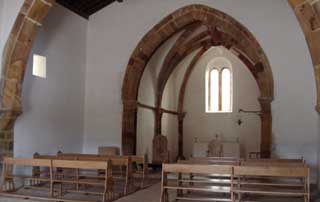 Availability and prices for Casa Oliveira

Comments from our guestbook:

“It remains a beautiful place. We went walking a lot and did several walks from the “Fisherman’s Trail.”” 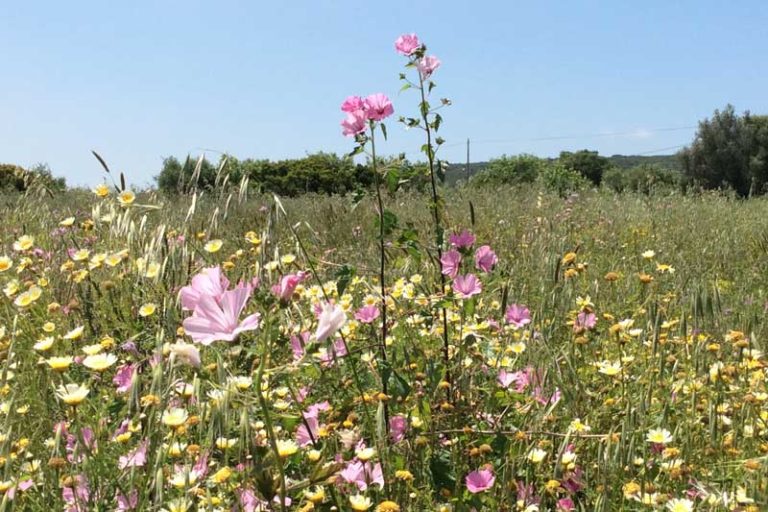